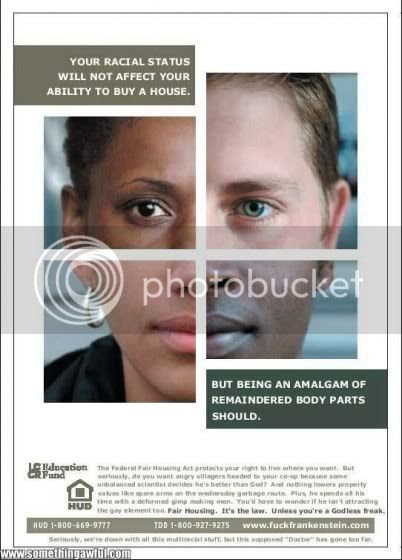 A lot of dating sites, and irritating people, ask you who you look like, usually intending someone famous. Now you can give those people a definite, if perhaps unconvincing, answer with the site My Heritage. Give them a picture and they'll tell you who you look like; but it seems to be pretty dependent on what expression you're wearing in your photo, as I got different answers with a couple of different ones. But now I can at least honestly say that I've been told I look like Tony Curtis and Christian Slater. Whether that's a good thing or not, I'm not sure...
# posted by Sarah @ 6:16 pm

A large number of the Americans I know, and (apparently following them) some other international students, end most of their e-mails with "cheers" before signing their name. I've never heard it used as meaning anything other than 'thanks' or (something like) 'drink up', before coming here. I don't really see how it could have any meaning outside of those usages, and particularly not in this context. So if anyone reading this does use it like this, could you perhaps explain when you started doing it, and why/what it means?

How Many of Me?

Hurray! Here is an utterly frivolous use for the (US) census!

I now know that I'm the first living person with my name to enter the country. A pioneer at last. That is, unless we're just census-avoiders...
# posted by Sarah @ 10:18 pm

However, they have not specified whether these rights should take the form of marriage or civil partnerships. Less good. Now three of the legislators - Assembly Speaker Pro Tem Wilfredo Caraballo, Assemblyman Brian Stack and Assemblyman Reed Gusciora - are putting forward a bill for full marriage equality. So we'll see what happens.

Here's this from a Garden State Equality communique:

That's why it wouldn't matter if the legislature added all the rights in the world to the current law without calling it marriage. Marriage is the only currency of commitment the real world universally understands and accepts."

So Garden State Equality will be running a commercial for the proposal, a rally of same-sex couples will be held tonight in Montclair, and many other events will be happening state-wide as the legislation gets discussed.

A poll has revealed that New-Jerseyans favour full marriage equality by 59-39 percent.
# posted by Sarah @ 11:04 pm

"The legend of Elvis Presley lives for ever, and it's of course very important to sing Elvis Presley's songs in the Latin language, because Latin is the eternal language"